Are there spiders at your home or work?

At Got A Bug we know all about Spiders. Of all the thousands of Australian spiders, arthropods and insects, only three have bites which alone are capable of causing death; the Funnel-web Spider (and related atrax species), the Red Back Spider and the Paralysis Tick.

Correct identification of the Spiders at your premises is the key to implementing an effective eradication and control program for their removal.

By using a Got A Bug technician you can rest assured that all of our Spider control and treatment methods are environmentally friendly and most of all, effective. 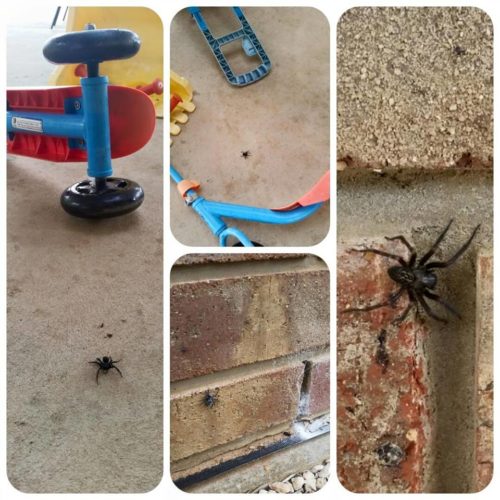 Protect your kids from spiders this year!

Australia is the home to an estimated 10,000 species of spiders, including some of the most dangerous spiders in the world. Red-back spiders are commonly found in outback and rural areas, they often hide in dry, sheltered places such as garden sheds, mailboxes and under toilet seats. Their bites can be fatal, especially to the young and elderly – however while around 2000 spider bites are reported each year, no deaths have been reported since the anti-venom became available in the 1950’s.

Black house spiders are also extremely commonly found in rural areas, and while their bite is not fatal, it can cause high levels of pain, sweating, vomiting, muscular pains, giddiness, and headaches. They spin lacy webbing, and are commonly found around window frames, in brickwork, sheds, toilets, under eaves and gutters, and among rocks and bark.

Other species of spiders, such as white-tails, huntsmen, mouse spiders, and common garden orb weavers, are just as common and while their bites are not life-threatening to humans, can still cause localized pain, nausea and malaise.

If you are bitten by a spider, make sure you trap or photograph it, so you can determine if it is a dangerous variety. Most spider venom takes affect in around half an hour in most people, if you think you have been bitten, make sure you try to stay still, and avoid elevating the bite. Do not touch, rub or squeeze the wound, and seek immediate medical treatment. Funnel-web spider bites should be tightly wrapped, but red-back spider bites should not be bandaged!